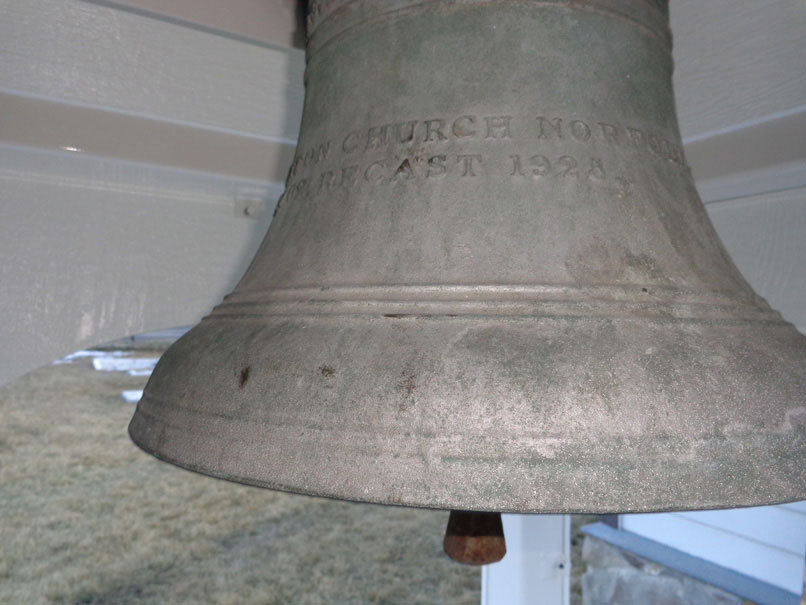 The bell hung in the steeple of the Church is possibly the oldest one in the province. The following is an excerpt by Winnifred A. Timms published in 1933 St. Paul’s and St. Peter’s Yearbook:

What is probably the oldest Church bell in Alberta, and possibly Canada hangs in the belfry of the little Anglican Church of St. Paul’s Midnapore, formerly called Fish Creek. For nearly two centuries, perhaps longer, it summoned the villagers of Thelveton (pronounced Thleton), Norfolk, England to worship their ancient Church of St. Andrew the Apostle – rang merrily at their weddings and tolled at their passing with solemn knell. About three years ago a new bell was installed in Thelveton Church and the displaced bell given to the Church at Midnapore.