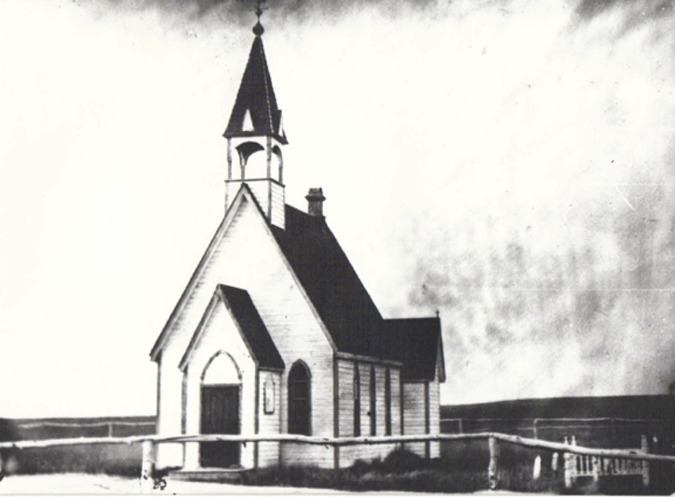 In 1896, a group of parishioners from the Pine Creek area south of Midnapore had sought, and had apparently received permission from the Anglican Diocese of Calgary, to move St. Paul’s Church to a site located at Pine Creek.

When word of the impending move reached S.W. Shaw, he, on behalf of the Trustees of the “Midnapore Church of England Society” and another parishioner, on behalf of the “Original Subscribers” signed the following document, which was nailed to the front door of the church:

Note: we are hoping to be able to create a digital file of the notice below (historical artifact)

Public Notice: It having been brought to the notice of the Trustees of the Midnapore Church of England Society and to the Original Subscribers to the fund for the erection of a Building in the S.W. corner of Sec 3, Tp 23, Range 1 West of 5’ Merid., at Fish Creek to be used for religious & school purposes that some evil disposed person is conspiring with or endeavouring to incite sundry people to commit a felony by surreptitiously stealing the Building.

Warning is hereby given that any attempt to steal or remove this building will be followed by the immediate prosecution of the Offenders.

The group from Pine Creek was apparently on their way with wagons and teams of horses to commence the move; when one of the men having ridden ahead and seen the Notice, returned to inform the group and consequently decided to turn back without attempting the move. No further attempts were made to move the building.